For the first of my “Take 5″ segments I’ll be focusing on Chris Ryall.  Chris is, hands down, one of the nicest guys in comics and apart from being a prolific writer he’s also Editor In Chief at IDW Publishing.  Yep, overachiever.

With Take 5 I ask fellow creators the same five questions each week to give you an insight into their work ethic and routine.  See what Chris has to say after the jump…

What work hours do you keep?

Er, all of them? My day starts about 5:45 AM, with the overnight clearing of e-mails. Then I’m in the office a couple hours later, and do that til dinner time. Between meals and, you know, acknowledging the family a little, I then do more of this afterwards, and write on into the night, and start up again the next day. It’s a never-ending treadmill of typing on various computers.

What are the first three things you do when you start work?

Deal with the e-mail that built up on the way in. I’d say on average, from about 6 AM til 10 PM, roughly 25 e-mails come in every hour. Which gives me agita just thinking about that number every day. Weekends, that number might cut in half. In and around all of that, I write. Writing is basically filling in the cracks of the day–the glamorous writer-fantasy of just putting a perfectly clean piece of paper into a typewriter, having a few sips of coffee, looking out the window at the woodland creatures, cracking my knuckles and then sitting down to craft a story is as much a fairy tale as a superhero’s death being permanent. Writing has become this workmanlike thing if filling in the cracks of the day, and making it work wherever and whenever time allows. And then at the rewrite stage, often being horrified at what a mess that first draft is. But that’s why we rewrite. 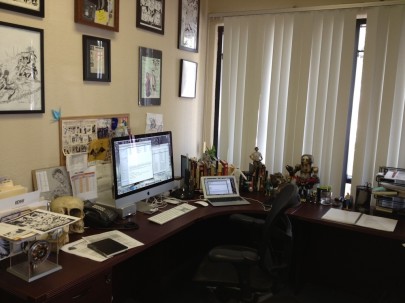 When confronted with that first, blank page staring up at you, what process have you used or do you use to take the next step?

I fill the fucker. Seriously, my problem has always been more of trying to nail down what project to really focus on on a given day. Especially when some deadlines overlap. And when developing projects sound more interesting than the deadline-driven things that should be done first. So I always like a blank page, even if the scribbles that fill it get scrapped or change into something different. My problem is more one of trying to find the proper focus for just one thing at a time.

What piece of creative advice would you give to a younger you if you could?

Masturbate less and type more. Younger Me wouldn’t listen, of course, any more than present-day me. But really, I think I spent too much time *wanting* to be a writer and waiting for the above perfect-writing scenario to present itself, and just delayed delayed. Or, living with roommates who were also friends, I used to sacrifice my desire to write to instead just “hang out,” which usually meant drinking, watching mindless TV, talking crap to each other, and inside just chafing over the fact that I wasn’t writing. So, yeah, type more, that’s always good advice. Don’t wait for the perfect moment, just write and get good at the craft and the discipline. And in doing so, absolve yourself of the guilt you (well, me) often feel for watching a movie or hanging out or playing games or anything else that’s not writing.

What are you working on right now?

I just wrapped two issues of a Kiss Solo comic that IDW is publishing, and am working on the final two issues of a creator-owned series I’m launching with artist Drew Moss in April, The Colonized. After that, I’ll have finally cleared the decks of many overlapping projects that made the past half-year a blur. That’ll leave me with just one new series, Kiss-related but very different, coming in August, so I can finally get back to numerous other projects I’ve started on but put aside for the pressing-deadline projects. Can’t wait. 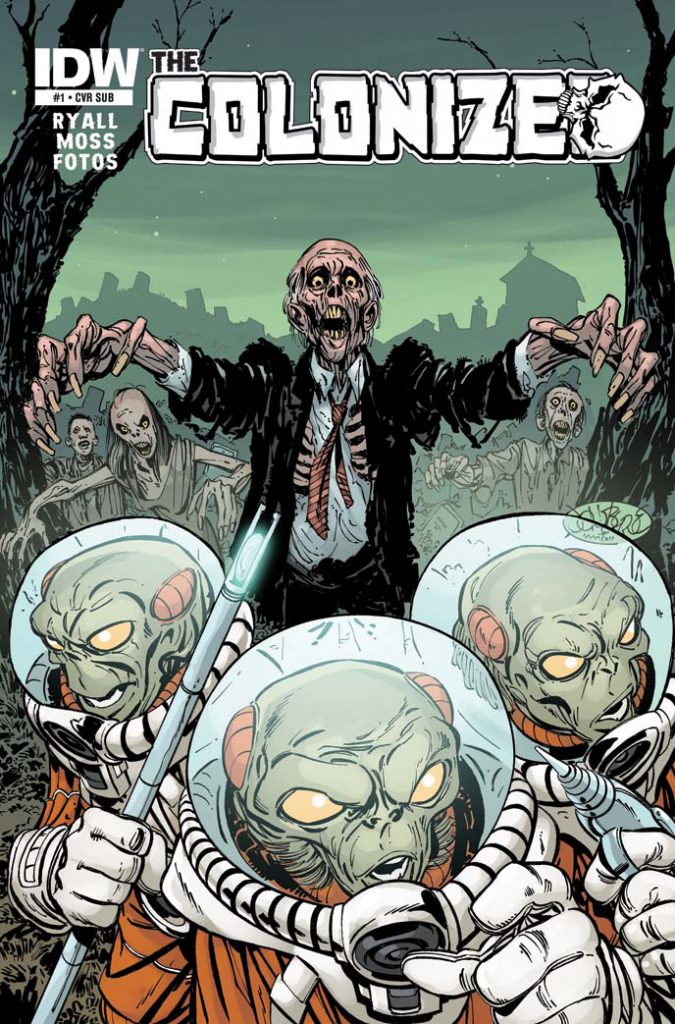 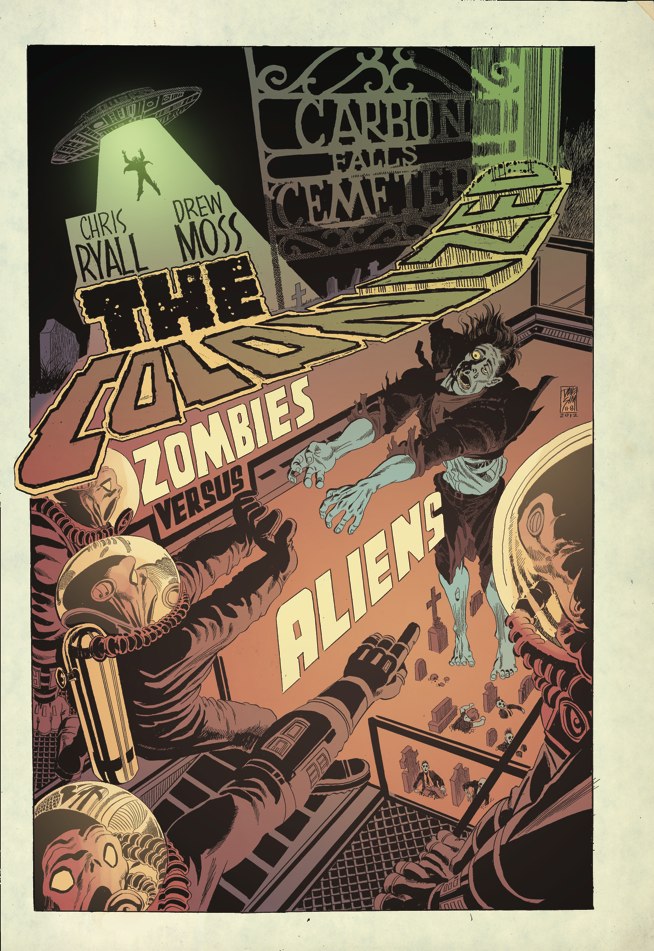 You can find more about Chris at his blog, Ryalltime.

You can find more of Chris’ work at the IDW Publishing site.