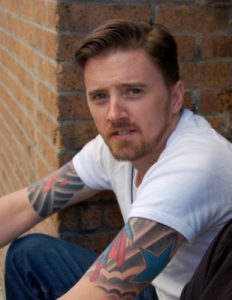 Shane McCarthy presently resides in Perth, Western Australia, officially one of the top ten most furtherest away from everywhere places on the planet.

Shane is a freelance writer whose work has been published internationally by DC Comics, Marvel Comics and IDW to name a few.  Over the years he has written BATMAN LEGENDS OF THE DARK KNIGHT, DETECTIVE COMICS (starring Batman), DARK X-MEN, DAREDEVIL, STAR WARS and TRANSFORMERS: ALL HAIL MEGATRON.

When not delving into the topsy turvy world of comics, Shane can be found teaching and dancing the ‘Lindy Hop’ – a 1930s swing dance which involves big pants and throwing women around.

Shane can be contacted regarding all matters via [email protected]